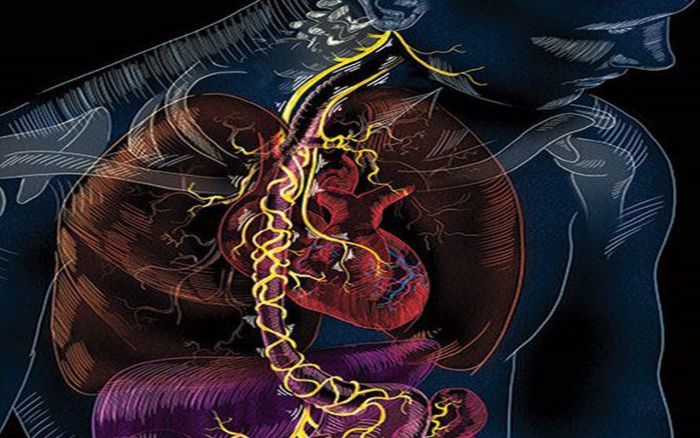 Polyvagal theory is a reconceptualization of how autonomic state and behavior interface. The theory emphasizes a hierarchical relationship among components of the autonomic nervous system that evolved to support adaptive behaviors in response to the particular environ-mental features of safety, danger, and life threat (Porges, 2011). The theory is named “polyvagal” to emphasize that there are two vagal circuits: an ancient vagal circuit associated with defense (the freeze response) and a phylogenetically newer circuit related to feeling safe and displaying spontaneous affiliative social behavior.

The polyvagal theory describes the neural mechanisms through which physiological states communicate the experience of safety and contribute to an individual’s capacity: (a) to feel safe and spontaneously approach or engage cooperatively with others, (b) to feel threatened and recruit defensive strategies; or (c) to become socially invisible by feigning death. The theory articulates how each of three phylogenetic stages, in the development of the vertebrate autonomic nervous system, is associated with a distinct and measurable autonomic subsystem.

In humans, each of these three subsystems becomes activated and is expressed physiologically under specific conditions (Porges, 2009). The three autonomic subsystems are phylogenetically ordered and behaviorally linked to three general adaptive domains of behavior: (a) social communication (e.g., facial expression, vocalization, listening); (b) defensive strategies associated with mobilization (e.g., fight-or-flight behaviors); and (c) defensive immobilization (e.g., feigning death, vasovagal syncope, behavioral shutdown, and dissociation). Based on their phylogenetic emergence during the evolution of the vertebrate autonomic nervous system, these neuroanatomically based subsystems form a response hierarchy.

The polyvagal theory emphasizes the distinct roles of two distinct vagal motor pathways identified in the mammalian autonomic nervous system. The vagus conveys (and monitors) the primary para-sympathetic influence to the viscera. Most of the neural fibers in the vagus are sensory (approximately 80%). However, most interest has been directed to the motor fibers that regulate the visceral organs, including the heart and the gut. Of these motor fibers, approximately only 15% are myelinated (i.e., approximately 3% of the total vagal fibers).

Myelin, a fatty coating over the neural fiber, enables faster and more tightly regulated neural control circuits. The myelinated vagal pathway to the heart is a rapidly responding component of a neural feedback system, involving the brain and heart, which rapidly adjusts the heart rate to meet challenges.

Humans, as well as other mammals, have two functionally distinct vagal circuits. One vagal circuit is phylogenetically older and unmyelinated. It originates in a brainstem area called the dorsal motor nucleus of the vagus. The other vagal circuit is uniquely mammalian and myelinated. The myelinated vagal circuit originates in a brain stem area called the nucleus ambiguus. The phylogenetically older unmyelinated vagal motor pathways are shared with most vertebrates, and, in mammals, when not recruited as a defense system, these pathways function to support health, growth, and restoration via neural regulation of subdiaphragmatic organs (i.e., internal organs below the diaphragm).

The phylogenetically “newer” myelinated vagal motor pathways, which are observed in mammals, regulate the supradiaphragmatic organs (e.g., heart and lungs). This newer vagal circuit slows the heart rate and supports states of calmness. It is this newer vagal circuit that both mediates the physiological state necessary for compassion and is functionally exercised during rituals associated with contemplative practices.

One Reply to “vagal pathways: portals to compassion” 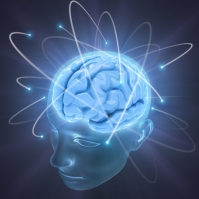 healing is about remembering that you are already whole

The relationship between mental health, spirituality and politics told from the point of view of a working psychotherapist.

"For man has closed himself up, till he sees all things thro' narrow chinks of his cavern" -- William Blake